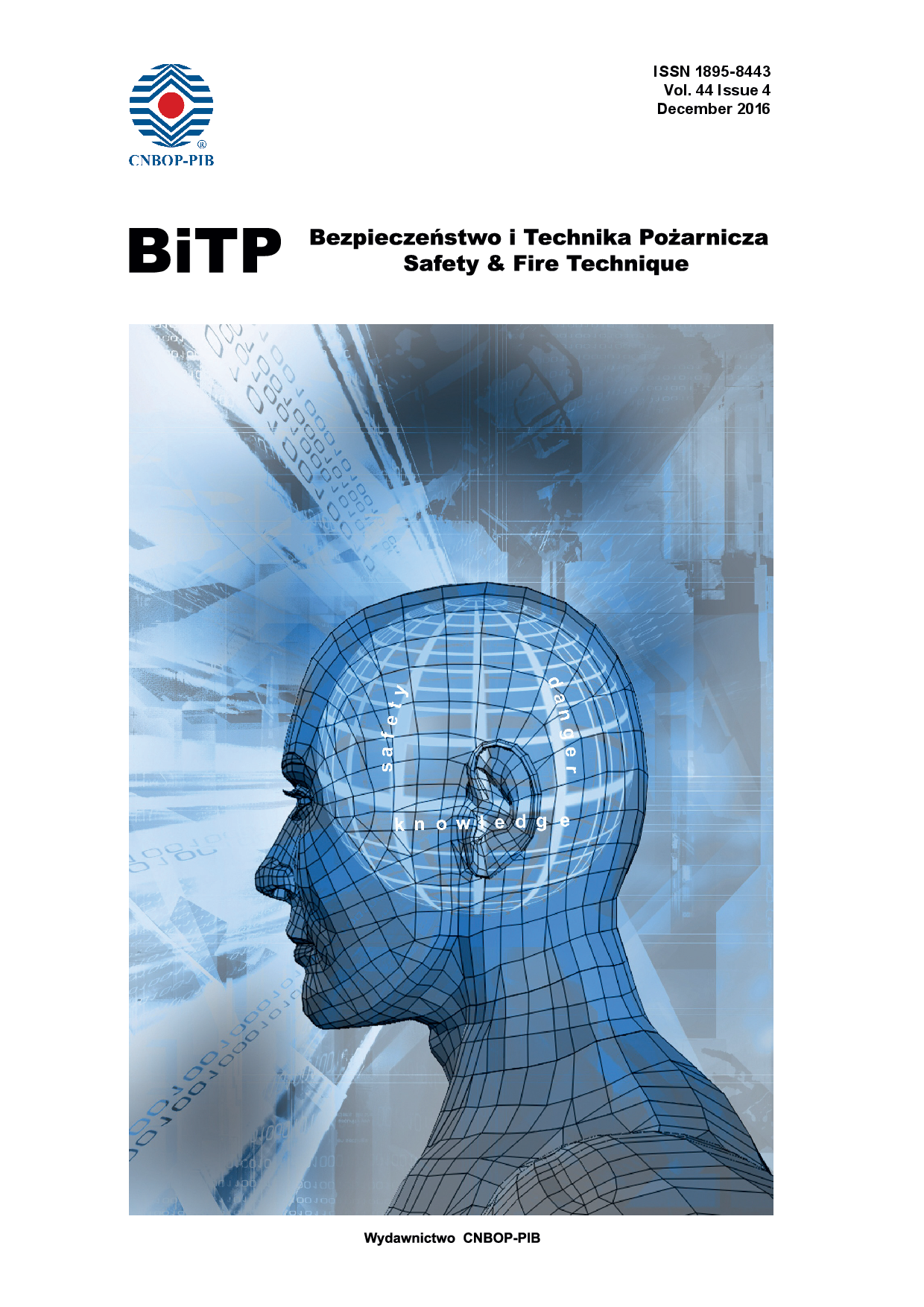 Aim: The purpose of this article is to present selected test methods of visual alarm devices. The authors have adopted as the purpose of study to acquaint the reader with various aspects introducing a European Standard EN 54-23:2010 (Fire detection and fire alarm systems. Part 23: Fire alarm devices - Visual alarm devices) when conducting tests. The aim of this article is to familiarize interested people with the measuring device located at the Laboratory of Fire Alarm Systems and Fire Automation in CNBOP-PIB. This work presents the results of tests that have been conducted at the laboratory. It also includes their evaluation and conclusions.

Introduction: The effectiveness of fire risk notification depends not only on the speed of getting the message to the recipient. This information should also be noticed by people who, at that moment, for various reasons cannot hear it. The tests are carried out based on the guidelines of European Standard EN 54-23:2010. This document makes it easier for designers of fire alarm systems to select a proper visual alarm device for a specific room. The needs of disabled people were taken into account and medical aspects were included that may arise while using VADs. The article presents the construction and modus operandi of the measuring device used to measure the source of flash light and synchronization.

Methodology: The article describes three basic categories by which visual alarm devices should be classified. The division takes into account the method of mounting the device in buildings. This division allows to specify the size and shape of the area covered by the signaling light. It provides guidance on the assortment of the distance between the devices. Laboratory tests consist of making multiple series of measurements of the effective light intensity. Measurements are made in two perpendicular planes, and at the same distance. This allows to precisely determinate the shape and dimensions of the area which is supported by a single visual alarm device. Moreover, the method of measuring the synchronization of two VADs is described in the article. Time differences between two flashes were measured. The measurements were made during 30 minutes after the supply has been applied to the devices.