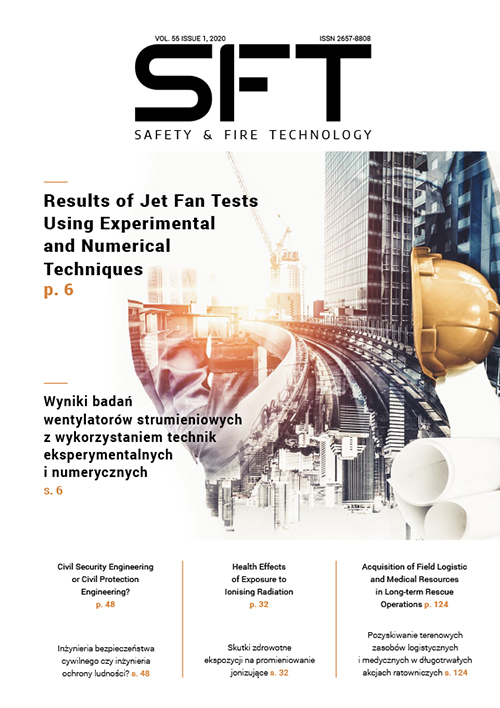 Aim: The goal of the study is to present the current state of preparedness of the PSP as an element of the protective subsystem in the context of terrorist threats and the concept of improvement of the PSP activities in the area under consideration, in the organizational, technical, and training sphere.

Introduction: The modern world is characterized by a multi-faceted and diverse dynamic of development. This gives rise to the fact that, along with the development of individual areas, the subject matter of common security changes as well. The acquired knowledge and modern solutions enable increasingly better protection of the society; however, in the face of the variables mentioned above, the subject matter of threats is becoming increasingly complex, also including such a peculiar kind of threats as crimes of terrorist nature. Therefore, the multi-dimensional nature of such threats generates the need for multi-faceted response to the new type thereof and poses a significant challenge to the modern system of national security, which, as defined by the Strategy of National Security, includes forces, means and resources allocated by the state for implementation of tasks in this area. Consequently, in order to be able to respond adequately and optimally, all resources should be appropriately organized, maintained and prepared. The National Security System consists of the control subsystem and executive subsystems, including operational defense and protection subsystems as well as support subsystems. Since this article does not examine the entire national security system, only the operational subsystem with protective tasks are outlined in the area under consideration.

Methodology: The goal of the study was analysis of the literature on the subject, the available documents, as well as legal acts. The study also utilizes the author’s own experience as well as interviews with specialists in the areas of rescue and civil protection as well as terror prevention.

Conclusions: The subject matter under consideration seems not to be fully explored. The reason for this state of affairs may be the lack of awareness of the necessity of centralization and of a systemic solution with regard to threats of terrorist nature. Dispersed tasks often cause jurisdictional chaos, whereas they should constitute a uniform mechanism featuring “precise response”. Definitely, the basis for stability of the state of security is optimal preparedness of all components of the security system for a terrorist threat.